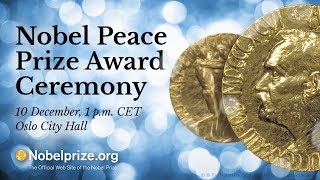 Streamed live on Dec 10, 2017 Watch live from Oslo City Hall in Oslo, Norway. The Norwegian Nobel Committee has decided to award the Nobel Peace Prize for 2017 to the International Campaign to Abolish Nuclear Weapons (ICAN) "for its work to draw attention to the catastrophic humanitarian consequences of any use of nuclear weapons and for its ground-breaking efforts to achieve a treaty-based prohibition of such weapons".

On December 6, 2017 Adams 12 Superintendent announced that he will make a policy to not allow school field trips to the Rocky Flats National Wildlife Refuge. Link to meeting minutes #KeepKidsOffRockyFlats